The only contributor in regular correspondence with Terry or Craig from The Dial according to the Ellen Terry and Edith Craig Archive was Laurence Housman. Housman was one of a new generation of artists who abandoned the widely accepted British standards of art and literature, and moved towards fin-de-siècle Aestheticism (Doussot 1). Housman worked with both Terry and Craig on a number of projects including numerous productions, costume creation, and the suffragist movement.

In their essay on Laurence Housman and his role as an Aesthete, Audrey Doussot notes that “otherness” was a theme that very much occupied Housman’s work (19). He was a member of several societies actively working for the acceptance of others The Order of Chaeronea, a secret society dedicated to the social acceptance of homosexuality, as well as The Fabian Society, a socialist society. Another society that Housman was not only a part of but founded with Henry Nevinson and Henry Brailsord was The Men’s League for Women’s Suffrage in 1907 (Doussot 19). The suffragist movement was one seemingly very close to Housman’s heart, as was it Craig and St. John’s. In one of the letters addressed to Craig he discusses a pamphlet he had designed for women’s rights. He notes that he only has dramatic and not literary rights in the United States, and also claims to be worried about its reception in America (EC-Z3,356).

Housman seems to have had a very close working relationship in regards to Theater with Craig as well. As well as attending several of the plays produced by Craig’s group The Pioneer Players, he seems to have solicited her to produce plays of his creation including Snow Man and an unnamed dramatic dialogue of four parts (EC-Z3,352; EC-Z3,356). Additionally, a few of the letters underline Housman’s work in costuming, a line of work of which Craig herself was a part of. He also references Mrs. Mabel Dearmer of The Yellow Book who also seems to have interest in the costumes he had send to her (EC-Z3,353; EC-Z3,354).

While Housman may have been the only contributor with a record of writing to Terry and Craig, he was not the only member of the periodical with a connection to both women. In fact, one of the periodicals founders, Charles Ricketts, was loosely connected to The Masquers. Although Craig claimed he was far too extravagant to join the committee, members such as W. B. Yeats suggested that he would in fact be a good fit for the society (Schuchard 123). In fact, in a letter addressed to Craig, Yeats notes that he as issued an invitation to Ricketts to stage a production of a masque that he was working on for their group (EC-Z3,794). Although it was Ricketts travels to Rome and Spain that prevented him from ultimately joining the committee, he maintained a relationship with several members of The Masquers until they eventually dissolved (Schuchard 123). 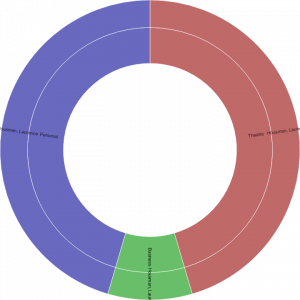