All of the contributors of The Pagent that wrote correspondence to Terry and Craig had submitted work to other periodicals with the exception of Terry’s ex-husband, F. G. Watts. Most of letters he wrote to Terry were of a personal nature and is a significant factor as to why The Pagent dataset contains so much personal correspondence.

Terry and Watts wed in 1864, when she was only 16 years old. Despite the fact that he was 40 years her senior, they were very much in love (Walton 82). For her wedding day, William Holman Hunt designed for Terry a Renaissance style gown of grey brown silk adorned with black laced, a quilted white bonnet decorated with orange blossoms, and an Indian-styled shawl (Gould 38). However, the marriage only lasted 18 months. During the time in between their separation and divorce in 1877, Terry began another relationship with architect Edward William Godwin, and had two children with him before he ultimately walked out on her.

All of Watts letters were addressed to Terry and all were sent to her after their divorce. What is interesting to notice is that despite the fact that he will not acknowledge her in a public setting it is clear from this private correspondence that he still cares for her deeply. He often asks after her children, Edith and Edward, and checks in on their well-being. Throughout his letters he is constantly praising her acting and performances, demonstrating that he continued to watch and admire her work despite the fact that they were not together anymore. Additionally, he continued to send copies of his artwork to her, either by photograph or an original copy.

A reoccurring theme in his correspondence to her is for their relationship to remain hidden. He writes to her asking to “shake hands in spirit” for fear of being seen in public with her and requests that she visit him “discreetly” before she leaves for her tour of America (ET-Z1,556). In another letter he acknowledges the difficulties pertaining to communication between between them but encourages her to continue writing while expressing his desires for her to remain as “discreet” as possible (ET-Z1,557). Watts suggested to Terry that they do not meet socially at all (ET-Z1,571). Finally, he requests she burn his letters once she is done reading them, for fear that someone would discover them (ET-Z1,573).

In conclusion, despite the tumultuous standing of their relationship in the public sphere, it is clear that Terry remained to Watts a trusted confidant and friend, and relied on her for a source of comfort. 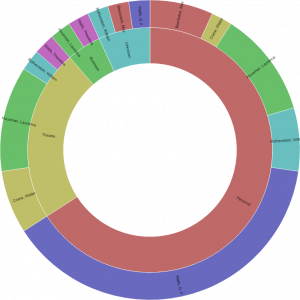